Hjem » Artikler » When you can’t go outside, go inside

When you can’t go outside, go inside 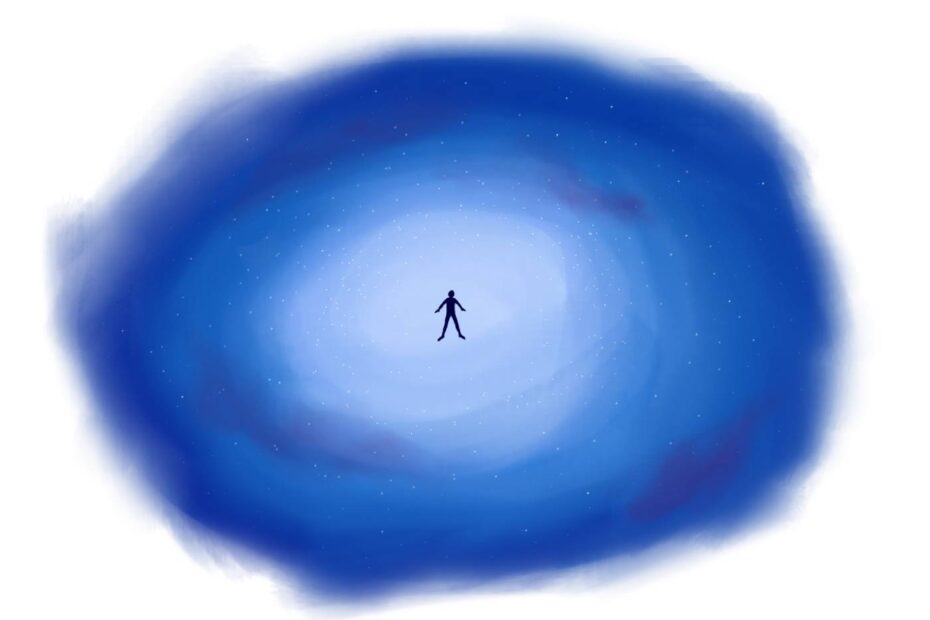 The sun has evaded us for about two weeks now. As I stand in my doorway with a cup of A.C. Perch’s “cool herbal”, my facial expression does not reflect the pleasant licorice sweetness of the tea. Instead, I look similar to Leonardo DiCaprio in the infamous Shutter Island meme template.

I know I am not seeing the sun today either. Not because I have given up hope, but because I just had my goûter of brioche and butter. This means that in about 45 minutes it is going to get dark.

As I grab my gloves to head out, I glance at my bed. During winter, there is nothing quite as comfortable, safe and cozy as a warm bed. That’s why it’s so hard to get up in the morning. But I know that there is, in fact, something even more comfortable, and unlike your bed, this comfort stays with you after you get out of its place of origin.

I receive a pair of earplugs and a towel at a warmly lit reception. In the middle of the room stands an object straight out of a sci-fi film. It resembles one of those capsules where cosmonauts hibernate as they travel at extreme speeds to distant worlds. The actual purpose of this capsule is not too different.

After I open the capsule, I space out for a moment looking at the illuminated water inside. I hear the eminent “Ground Control to Major Tom” line play in my head. I step in.

I lie down. The temperature of the water is kept at around 35.5° Celsius, which is the average temperature of human skin. I do not submerge. I can’t. There is about half a tonne of Epsom salt in the capsule, allowing me to float effortlessly. It’s the closest thing to a womb. Five minutes in, the lights go off.

No sound. No light. Another three minutes in and I can’t reliably feel where my feet end and where the water begins. This feeling will spread to the outer limbs.

The mind and the self experience peculiar things when it lacks the physical body to identify with. It’s like being in outer space.

This capsule is called a sensory deprivation tank and it was invented in the 1950s by a neuroscientist called John C. Lilly. With all stimuli cut off – sound, sight, the sensation of touch and movement, he saw it as a perfect place to study the nature of consciousness.

The light comes on again. This means an hour has passed. In the tank, the feeling of time seems to be warped itself, leading to a slight confusion: “So quick?”

As you open the lid of the tank from the inside and meet the outer world, it feels as if you have just completed an interstellar, two-month mission to NGS 549672. But you are in no way disoriented. On the contrary – you are undistractable. The mind does not jitter, it effortlessly stays and flows, on whatever is in front of you – taking a shower to wash off the salt, dressing up, leaving the floatation centre.

It’s dark. But I don’t mind. When you can’t go outside, go inside.