AN AMERICAN IN AARHUS – STANLEY’S EXPERIENCE WITH DANISH SOCIETY 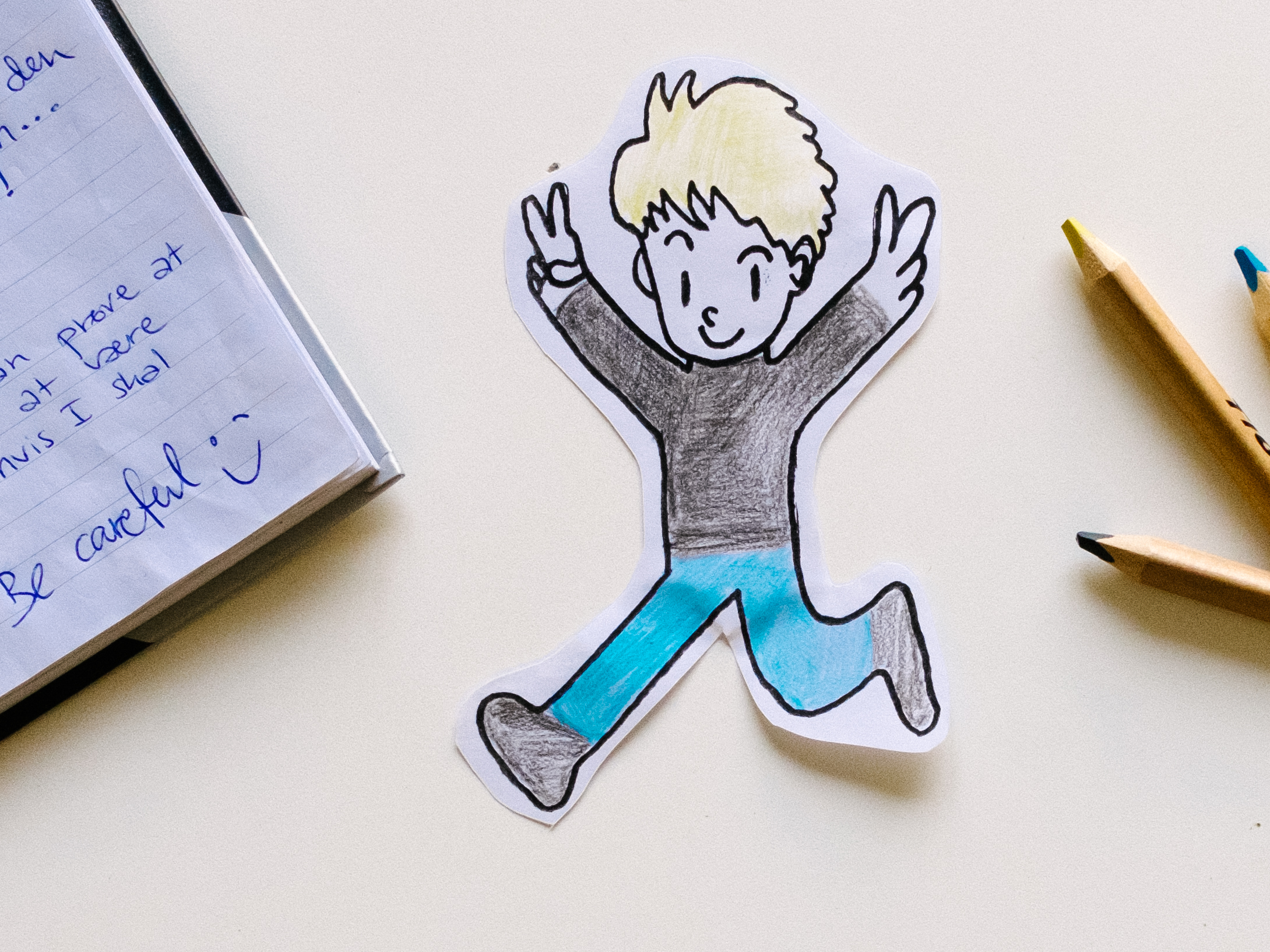 Stanley traveled to Aarhus, Denmark from San Gabriel, California some time in early march. A typical traveler, Stanley was not. You see, at a young age, Stanley was flattened by a bulletin board. Rather than mope about his predicament, he decided to dedicate his life to traveling the world, teaching American elementary school students the wonderful different cultures.

The first order of Stanley’s visit: Danish integration. Integration is crucial to understanding an outside culture. Using some cheap tiger colored pencils, Stanley was outfitted with a black turtleneck, blue jeans and black boots. Like most Danes, this would be the only outfit he would wear for his entire trip. Next order of business: getting a bicycle. Unlike Stanley’s home, where car culture dominates daily transportation, bikes are the primary form of transportation. It was hard to find a bike for someone with Stanley’s flat and small stature. Stanley saw all the exciting Aarhus sights. He saw the skyline and the colorful kitschy facades, but still felt like he was missing an integral part of Danish culture. Walking up back to his host’s home, he saw a fading Ceres advertisement. Alcohol, perhaps, was Stanley’s best chance at really learning the Danish culture. And so he drank and drank. After a few drinks, Stanley determined that Tinder was also a great way to learn about a new country— in a fun way too. So he swiped and swiped, and answered the same question over and over. “What are you doing in cold and rainy Denmark instead of staying in Sunny Southern California.

He would wonder for a split second and recall his walk around town on rare, bright day. He recalled the friends he met and the graffiti he saw, which read “Life isn’t always grey in Denmark.”

One question remained: would he remember enough of his Danish escapade to teach American first graders the highlights of life in Denmark?